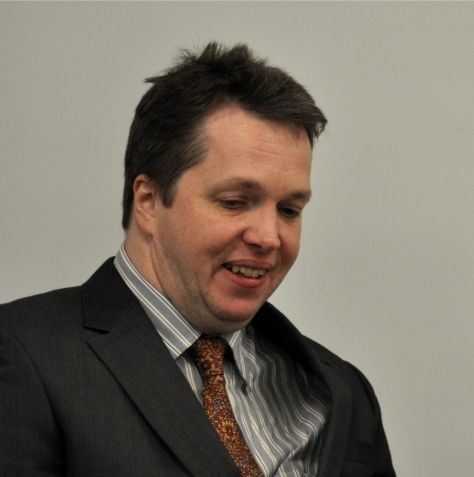 NIGEL Short MBE, was born in Leigh in Lancashire in 1965. At ten he attracted media attention by beating Grandmaster Viktor Korchnoi in a simultaneous game. In 1984, after appearances in the World Junior Championships, he was made the youngest Grandmaster in the world at the time, at the age of 19.

In 1985, he began competing for the World Chess Championship, the highest achievement in the game. After beating the legendary Anatoly Karpov, he ultimately earned the chance to take on Gary Kasparov, who many consider the greatest player of all time, and who managed to defeat Short.

The atmosphere was friendly, but the concentration was fierce when keen chess players from Brentwood and beyond lined up to play one of Britain's greatest ever players. Grandmaster Nigel Short, a former prodigy and once the world's youngest Grandmaster, took on 18 players at once at the Brentwood Centre in Doddinghurst Road. The evening games, held on Monday, were organised by Brentwood Chess Club, but attracted players from as far away as Thurrock, Bedford, and Brighton.

Bob Hammond, chairman of the club, said it was a privilege to be able to test his skills against such a player. He said: "To have someone of Nigel's stature is incredible. It's amazing to get someone like him down here. He is considered one of the best players England has ever produced, and he challenged for the world championship."
Mr Hammond, 52, and who has been playing chess for 40 years, was one of the 18 players settling down for a game against the Grandmaster.
"I'm sure I'm going to lose very quickly," he said, "but it's still a privilege to play."

The youngest player to take him on was Christopher Mullender, who had travelled from Thurrock to play the game. Christopher, 15, said: "I've been playing for about four or five years. My dad taught me, then I played in a school competition and realised I was quite good. I'm quite interested in the theory of the game, and learning the openings, but I'm still expecting to lose."

David Gambardella, 34, also played the master. The owner of Isabella boutique in Crown Street, which sponsored the event, said the night was great for promoting the game. "We have a strong club here, with lots of keen players," he said. "And in this country there is a very proud tradition of producing good players. People should be able to celebrate this.
We'd love to see more people coming along - there is a level for everyone."

CJ de Mooi, a resident Egghead on the BBC2 quiz show, and president of the English Chess Federation, was also there on the night. He said: "The main purpose of the night is for Nigel to try and get people interested in chess. "We want to raise the profile of the game, as well as raising some money for charity."

The night kicked off with a quick question and answer session with Mr Short.
Players picked the 45-year-old's brains about his favourite openings, and the matches he remembered most from his career. Giving advice to the club players, he said: "If you are playing at a high level, it can be a mistake to have too many preferences. You need to have fairly catholic tastes. The broader your approach, the better it is."

He also revealed a pet hate. "I hate it when people resign at the wrong time. I played a ten-year-old who had got into a hopeless position, and then he decided to resign.
"I wanted to say, 'no, you've come this far, now you have to let me mate you."
After the introduction, the game began in earnest, with 18 players assembled in a square around the Grandmaster. Playing white, he quickly launched his opening, winning his first game in only eight moves. One by one, the players fell, being mated or resigning as they struggled against his pieces. A few games gave him pause, but after two hours of intense competition, he saw off all comers.

Gavin Strachan, captain of the Brentwood A team, was forced to resign his match.
The 35-year-old BT engineer said: "I went for a very sharp variation in the opening, and ended up with some very crazy positions. He had to stop and think a few times.
But at the end, I could see it would only be four moves before I was dead."

The Grandmaster awarded game of the night to Roland Johnson, 19, a former Brentwood School pupil. The England junior team member said he was nonplussed by his achievement: "I actually thought it was a bit of a boring game, to be honest.
We could have played it much more excitingly."